The Goldback is believed to be legal tender in the State of Utah and was created with the intent of it being circulated as a currency. If you live outside of Utah then you may still purchase Goldbacks as they can be used for barter anywhere in the United States.

*Our team is working overtime to ship orders to our customers as quickly as possible. You may experience delays due to the COVID-19 Pandemic, the number of orders being processed and the extended lead times for shipping. Please allow up to 3-4 weeks for orders to be shipped during this extraordinary time. 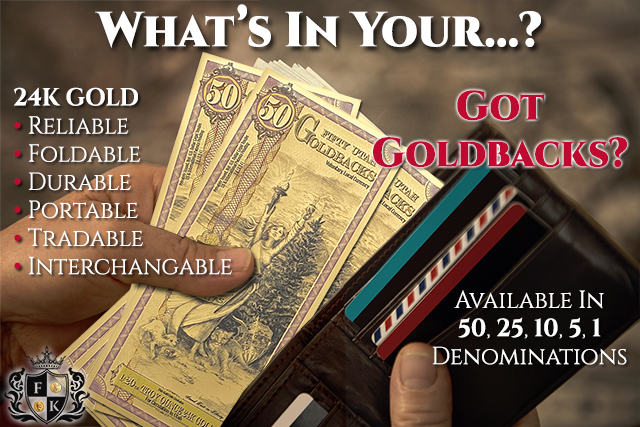 Goldbacks was launched in Utah with the vision of re-introducing gold as a form of daily spending in normal commerce. Today in Utah hundreds of stores already accept Goldbacks for goods and services, and more and more stores and people are adding themselves to the growing network… and now, Finest Known has a large selection of Goldbacks, available for purchase.

Goldbacks theoretically could be spent, bartered with, and traded anywhere around the world. They contain precise amounts of actual 24k gold which has and remains liquid almost anywhere and has for at least 2,600 years. It is widely known that major currencies today are indeed “fiat” currencies with an ever-increasing supply made out of thin air. The simple fact of the matter is that today’s fiat currencies are designed to be debased. Each time dark economic clouds gather; governments authorize the creation of money out of thin air as seen with the current crisis.

Goldbacks use proprietary technology to mint gold into usable forms for small to large transactions. A 1 Goldback note is currently the world’s only true way to own 1/1000th oz physical gold in a single unit. 1,000 Goldbacks of any denomination add up to be one ounce of gold. Each denomination carries the same premium as any other making the Goldback a very useful currency tool. 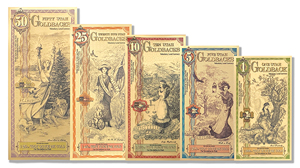